Library research guide on Lehigh University founder Asa Packer and his family, including his daughter Lucy Linderman and family. 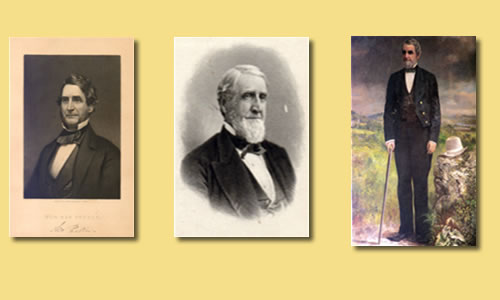 An Outline of the Career of the Hon. Asa Packer, of Pennsylvania. (1867)

Resolutions on the Death of the Hon. Asa Packer: Adopted by the Alumni Association of the Lehigh University, and Address before the Association, June 18, 1879 / Rossiter W. Raymond. (1879)

Honor to American Labor: Records of the Testimonial to the Hon. Asa Packer, of Mauch Chunk, Carbon County, Pennsylvania, Given by His Fellow Citizens, at Bethlehem, Pa., on the Evening of November 23, 1865. (1865)

The Packer Endowment of Lehigh University. (1899)

Digitized documents related to Asa Packer in "I Remain: A Digital Archive of Letters, Manuscripts and Ephemera"

Other Documents And Publications About Packer Family

Asa Packer and Sarah Blakslee Packer celebrated their 50th wedding anniversary with a "Golden Wedding" ceremony. Following publications are about that event: