Discover more information about the themes in this book

Here are some guides with suggestions for questions to use when leading book discussion groups about The Underground Railroad:

Gateway to Freedom: The Hidden History of the Underground Railroad

A recording by the National Archives of a panel discussion about the Underground Railroad: "A panel discusses the true story of fugitive slaves and the antislavery activists who defied the law to help them. Ed Ayers, President of the University of Richmond, moderates Eric Foner, author of Gateway to Freedom; Edna Greene Medford, professor of history at Howard University; and Adam Rothman." 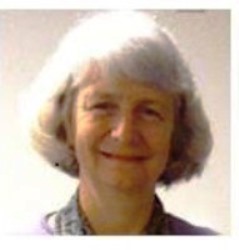 May 1, 1776
SIX DOLLARS Reward.
RUN away from the subscriber, living in Harford county, Maryland, a Mulattoe Slave , named JACK, well set, is about 5 feet 6 inches high, very white for one of his kind, speaks good English; is a very great rogue. The said Slave was taken up and put in Lancaster goal on the first of July 1775, and made his escape from William Whiteford coming home. The said fellow said he had been in New York goal as a runaway , but, by reason of my advertisement not going there, was let out; and says he has been on board the kinghips of war, and that he was at the West Indies; it is thought he will endeavour to get to the ministerial army; he has changed his name to Jacob Kelly. Any person who takes up said Slave is requested to deal severely with him, and if he is taken up by this advertisement, is desired to put him in Dunlappaper. Whoever takes up said Slave shall have the above reward, paid by HUGH WHITEFORD.