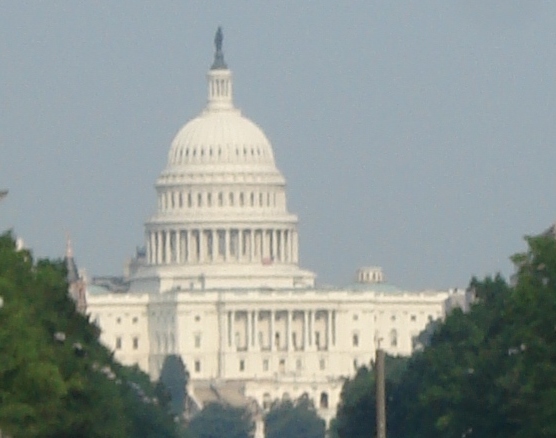 Established by Article I of the Constitution, the Legislative Branch consists of the House of Representatives and the Senate, which together form the United States Congress. The Constitution grants Congress the sole authority to enact legislation and declare war, the right to confirm or reject many Presidential appointments, and substantial investigative powers.

The House of Representatives is made up of 435 elected members, divided among the 50 states in proportion to their total population. In addition, there are 6 non-voting members, representing the District of Columbia, the Commonwealth of Puerto Rico, and four other territories of the United States. The presiding officer of the chamber is the Speaker of the House, elected by the Representatives. He or she is third in the line of succession to the Presidency.

Members of the House are elected every two years and must be 25 years of age, a U.S. citizen for at least seven years, and a resident of the state (but not necessarily the district) they represent.

The House has several powers assigned exclusively to it, including the power to initiate revenue bills, impeach federal officials, and elect the President in the case of an electoral college tie.

The Senate is composed of 100 Senators, 2 for each state. Until the ratification of the 17th Amendment in 1913, Senators were chosen by state legislatures, not by popular vote. Since then, they have been elected to six-year terms by the people of each state. Senator's terms are staggered so that about one-third of the Senate is up for reelection every two years. Senators must be 30 years of age, U.S. citizens for at least nine years, and residents of the state they represent.

How a Bill Becomes a Law

The "How Our Laws Are Made" image was created by Mike Wirth and Dr. Suzanne Cooper Guasco and is licensed for use under the Creative Commons Atrribution 3.0 United States License.

The U.S. House of Representativies